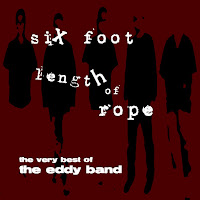 It was 4 a.m. when the phone rang. That could only mean one thing.

“I pushed them all away.” It was Bob's voice. He sounded tired. It was no surprise that he was up already, hiding in his small studio well before the sun would come up over the towering adobe walls at his New Mexico compound. “They never understood me. My self-loathing. I made Nixon look like a piker.”

I knew this call would come soon because I'd heard that the band had splintered again. After some stellar sessions in Nashville, Bob retreated with the master tapes to ruin the mixes with reverb and piano.

“They deserved better,” Bob said. “Lemonds. He couldn't even look me in the eye when I left. Stephen at least let me shake his hand. Then he wiped it on his pants. Buck was the first one to go. 'Gotta catch a plane!' Yeah, yeah, we get it. ‘You're the pilot!’ Chet had one more beer with me at the end. That was nice. He just wanted to know if I still had a KISS t-shirt he left at my place in 87.”

I heard sounds in the background, guitars, drums. Then they stopped. The clicking of a mouse. “I should just erase it all,” he said.

But he didn't. Two weeks later I got a call to meet him at a campsite outside City of Rocks, NM. I found him in a folding chair, the nylon straps buckling under the weight. He was smoking. His face looked puffy, his eyes runny. He gave me 2 master discs, enough songs for one more album. “It's the best stuff, some from the summer, some from a hundred years ago.”

We talked about nothing until dark. After a long time I thought maybe he'd fallen asleep in that chair. I moved closer until I could see his face in the sliver of moonlight. He was smiling. I sensed he would say something, something that would bring it all together maybe something I could bring to the rest of his fans. Maybe he’d just tell me how he loved the fellas, how he’d miss them, how they’d made him a better musician, a better man.

It was dead quiet until he spoke. “You think, maybe, you could get out of here so I could get some rest?”