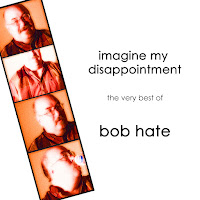 1. Bad in my Car
This was released on the Eddy Band CD of the same name, recorded in Dallas in 1996. It’s only me on the whole thing. I snuck into the studio in early mornings and worked it up myself. I was always very proud of the acoustic part. It’s about the wife, of course, and every word of it is true. Except I’m not from Oklahoma. Who’d want to be from there?

2. Nowhere
I wrote this during the Eddy reunion. In the end, of course, we just went with songs that I co-wrote with the fellas, so this was left for me. It was all recorded at the home studio in Albuquerque. It sounds just like me. That’s why it’s so amazingly good. Like the other songs that come from the Bitter Solo Album, this has been remixed and remastered.

3. About the Moon
This song was released in 96 on the first Eddy Band CD, but I was never convinced it was done. When we were talking about the recent reunion, I finally wrote a goddamned bridge for it. We did a demo of it in 2008, I sent off the tracks to Annie Clements (the bass player in Sugarland), who lent me a hand with the duet vocals, and then I finished it on my own. Chet, Stephen, and Dave are all on it, too, I think, though I replaced some kick drum stuff. Because I’m an asshole.

4. Map of the World
This is a song I wrote in the mid 80s, and that really got played a lot when Chet and I were in the Blue Hotel band. This recording you’ve picked is a 1990 demo session Chet and I did with the legendary king of the hi-hat, Johnny Lawamba. Chet and I sang ourselves hoarse on those backing vocals. It sounds like we were in a well.

5. Gas Giants
Every word of this is true. Except that maybe the car was more gray than silver.

6. Superstition Highway
I wrote this in Mississippi in 84 or 85. I’ve recorded it a number of times, but this version comes from 1998, a track I did on my own at the compound in Dallas. We used to do it live a lot because it’s dead easy.

7. Got Lost
When I rhymed Fargo, North Dakota, Tulsa, Oklahoma, and Tucson, Arizona, I figured I was about done.

9. Every Bad Dream
A good friend of mine called me when he heard it to tell me he cried when he first heard it. He knew I’d written it about him and his wife. Then another called to say the same thing. That’s brutal. When do I have time to think about them?

10. Swimming
It’s my big marriage song. People love this thing. I played it in Dallas in the late 80s, and have recorded it several times. This is a 2003 version I did with Buck on bass and Paul Tewksbury on drums. I stole the bridge from another song of mine. I couldn’t tell you which one.

11. Romance
I wrote this about 30 years ago, and you’ve messed up by not using a 1982 version I recorded in Phoenix. We hired this violinist named – and I’m 100% serious – Stephen Vaughn Esquire. I sang some lines to him that I wanted, high screeching things, and he played it beautifully. I know that version is really hissy and bassy. No amount of EQ would save it, but man, it’s beautiful. It’s about 9 minutes long and a total mess. I fired the piano player halfway through the session. I haven’t heard it in years, but I remember it being a train wreck of epic madness and beauty. (Maybe you can stick it on as a hidden track.) The pedestrian version you chose instead was just a home demo I did in the late 90s. It might have been on the Better Man Than I’ve Been solo disc. The guitar solo comes from Craig Wallace, a famously problematic cat. I believe I paid $50 for the pleasure of having him in my house for an hour (where I had to make him tea twice).

12. If I Knew Then
This is also from Better Man. It’s not done very well. There are some awful chordings in the quiet sections. But, man, it breaks my heart to this day. Is it really 7 minutes long? That harp solo left me winded, but then, what doesn’t?

13. No Man’s Friend
This is one you have to cut. I know a lot of people like it, but it’s just so damn dull to me. Half of it comes from a song from 86 or 87. The rest I did a couple of years ago. It’s sort of fun to drive on the highway with it, but I’ll never understand why people like it. Is it because you can dance to it? Most of my songs are famously undanceable.

14. Desertland
This is Chet, me, and Johnny Lawamba again, from 1990. I’ve recorded this tune a dozen times, and have never gotten it right. It says pretty much everything I’ve ever wanted to say about love, about the highway, and about the desert. There’s a girl with auburn hair in it. Shocker.